Water as a resource in the world in is under pressure. The large share of water used already and the increase of crop production have an impact on fresh water bodies all over the world. Below some examples of overuse.

An aquafer is an underground reserve of fresh water. By tapping into this source of water agriculture can be performed at locations which were previously barren. However, this will put strain on the ground water present in that area. Unfortunately, aquafers take millions of years to form and refill very slowly making them vulnerable for depletion. This happened in the U.S. with the Ogallala aquafer, stringed regulation is needed to avoid depletion. 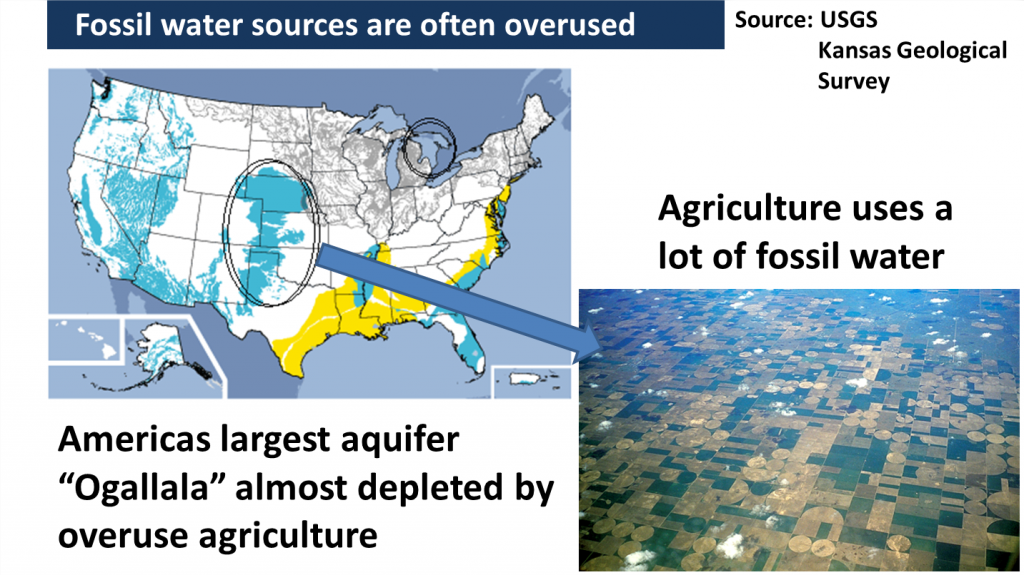 Most rivers in the world start their live as meltwater from a glacier; from this point onwards rivers collect water from melting snow and rainfall, making its way to either a lake or the sea. Many glaciers in the world are retreating, due to global warming more water is melting away from the glacier as is replenished by snowfall. In the pictures below an example of a retreating glacier is depicted between 2001 and 2005. 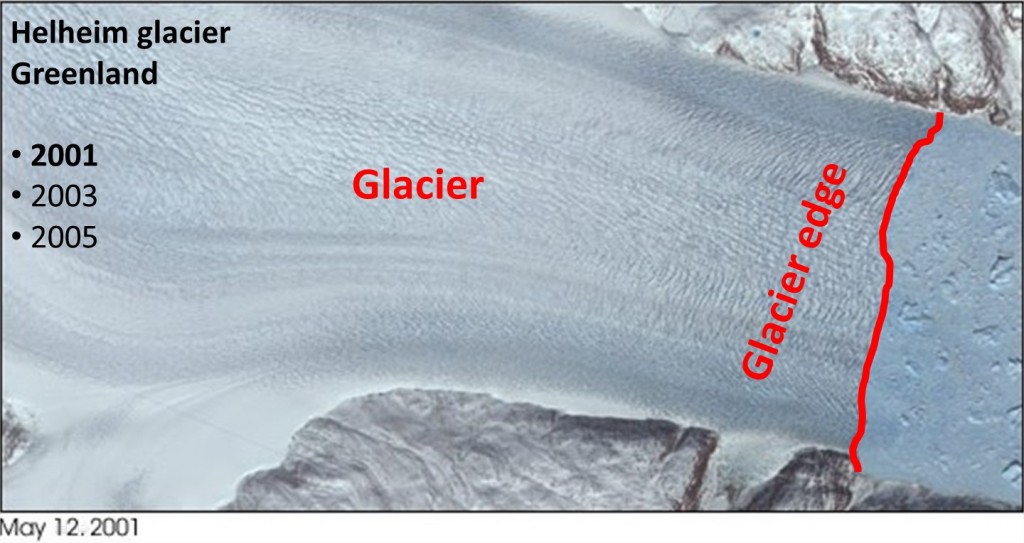 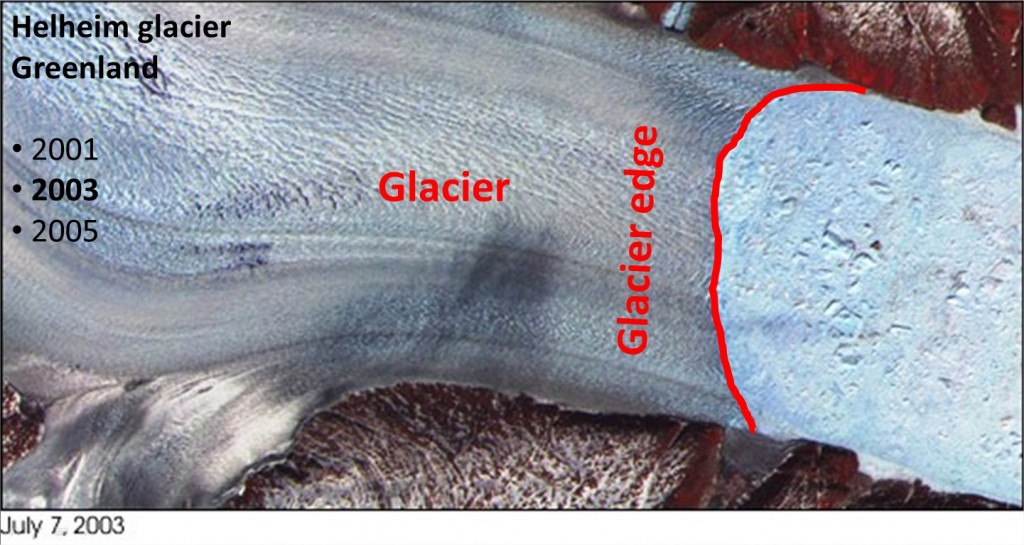 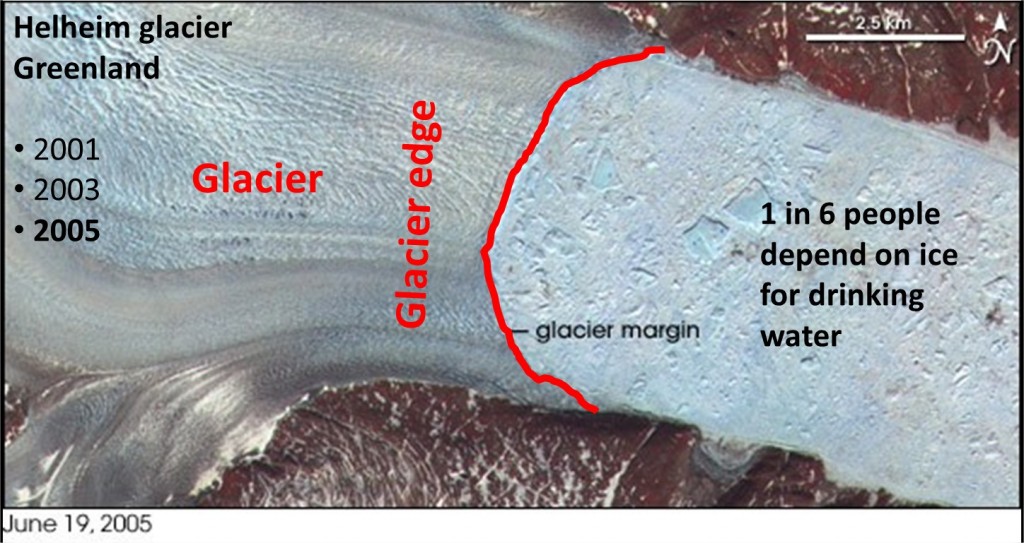 Another example of overuse of water is the Jordan River. The river begins its journey in the Golan Heights and ends his journey in the Dead Sea. Currently, along the way most of the water is used up for domestic use and agriculture. 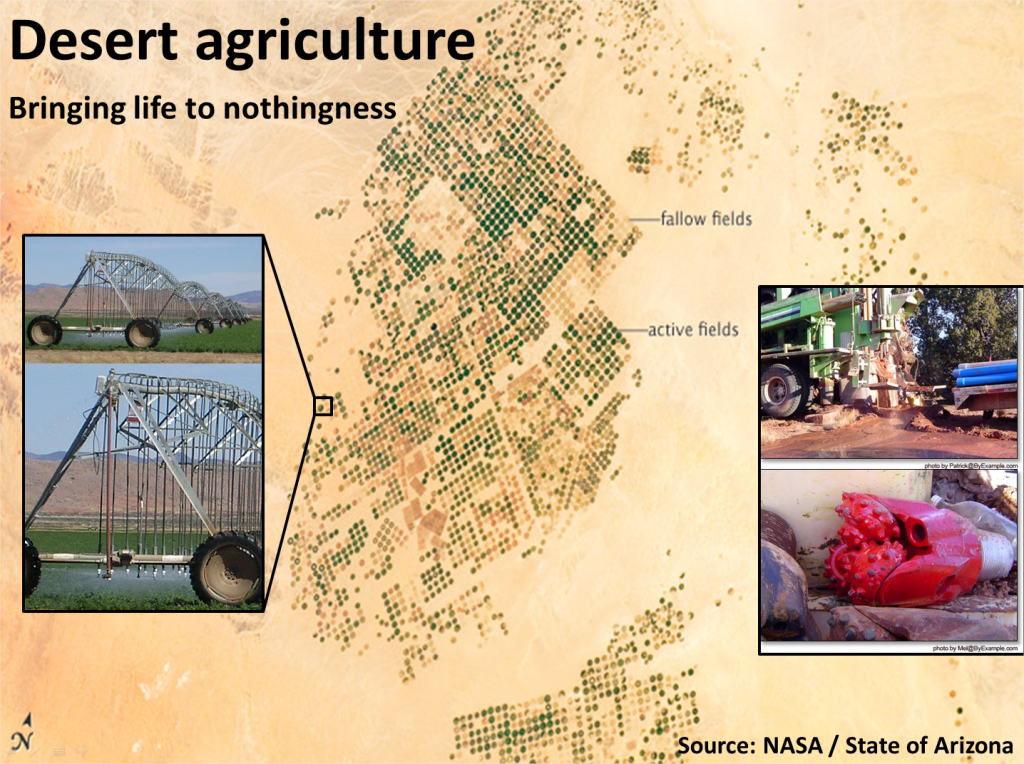 Finally, as we could see with the dead see, blocking rivers can have a destructive effect on the lakes they feed. The first example is that of lake Chad. 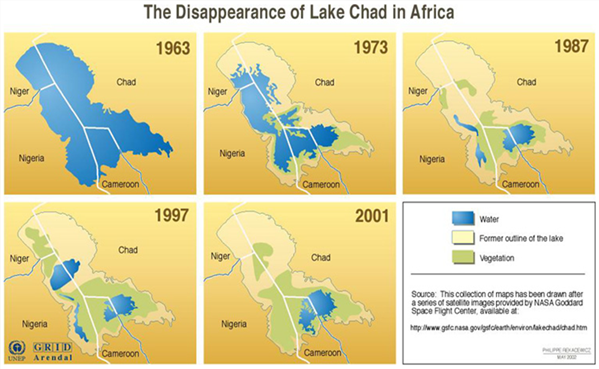 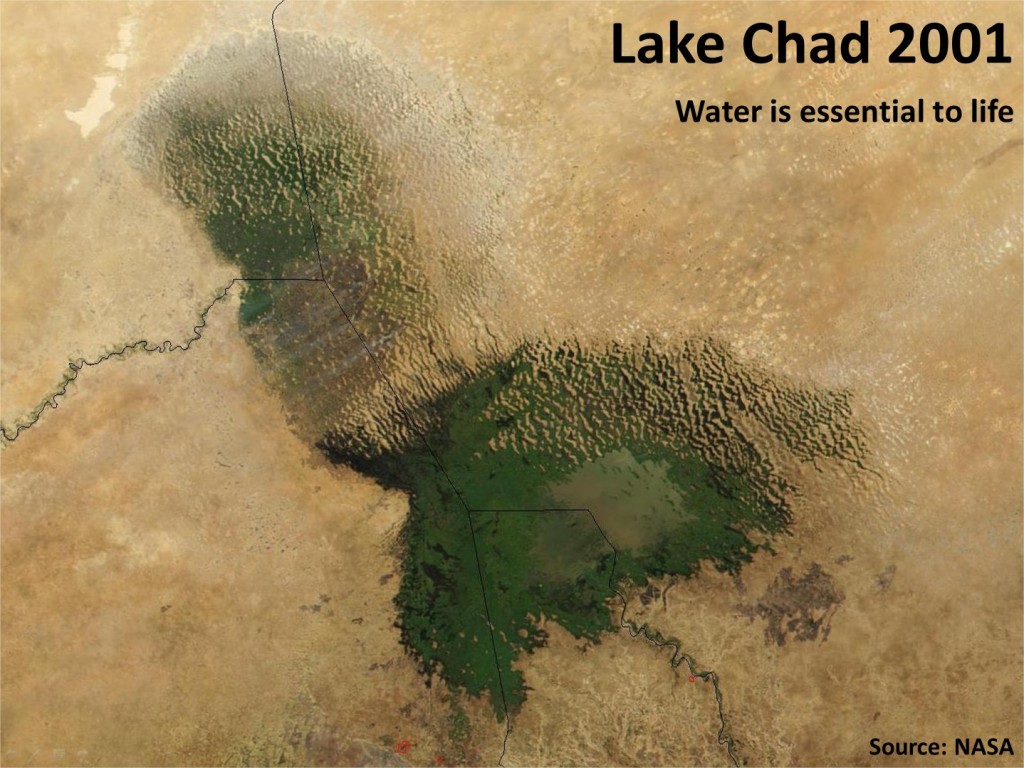 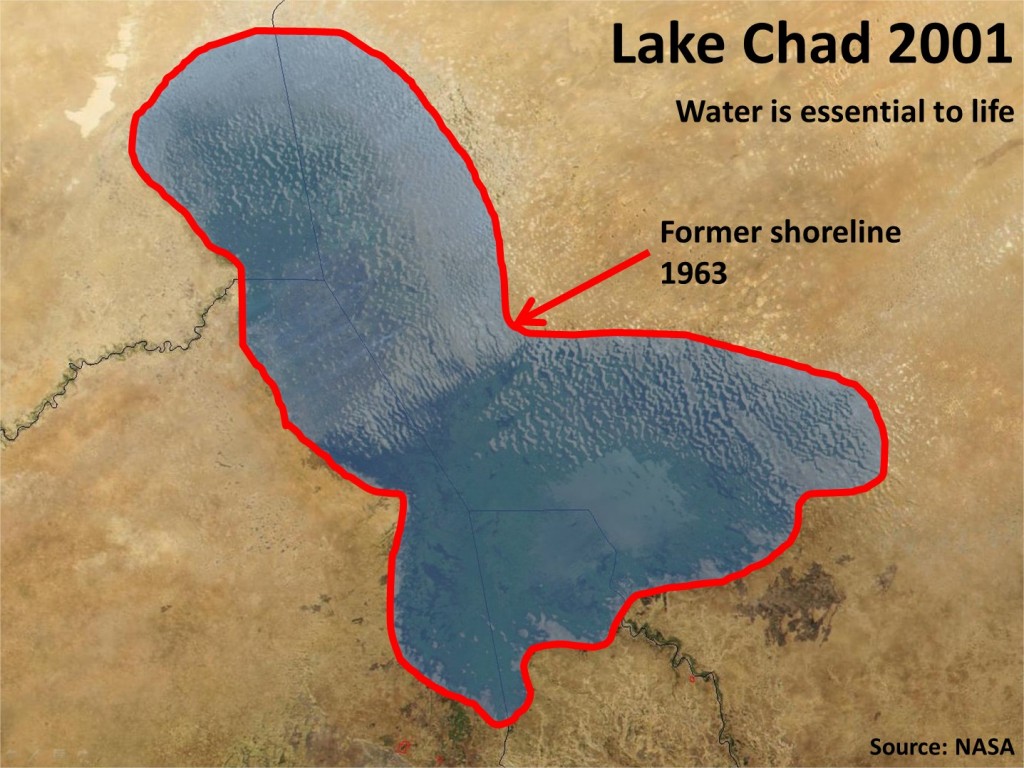 The second example of a lake lost is the Aral sea, ones one of the four greatest lakes in the world. The rivers feeding the lake were diverted for irrigation, the effect of this can be seen in the pictures below. The satalite picture was taken in 2012 by NASA. 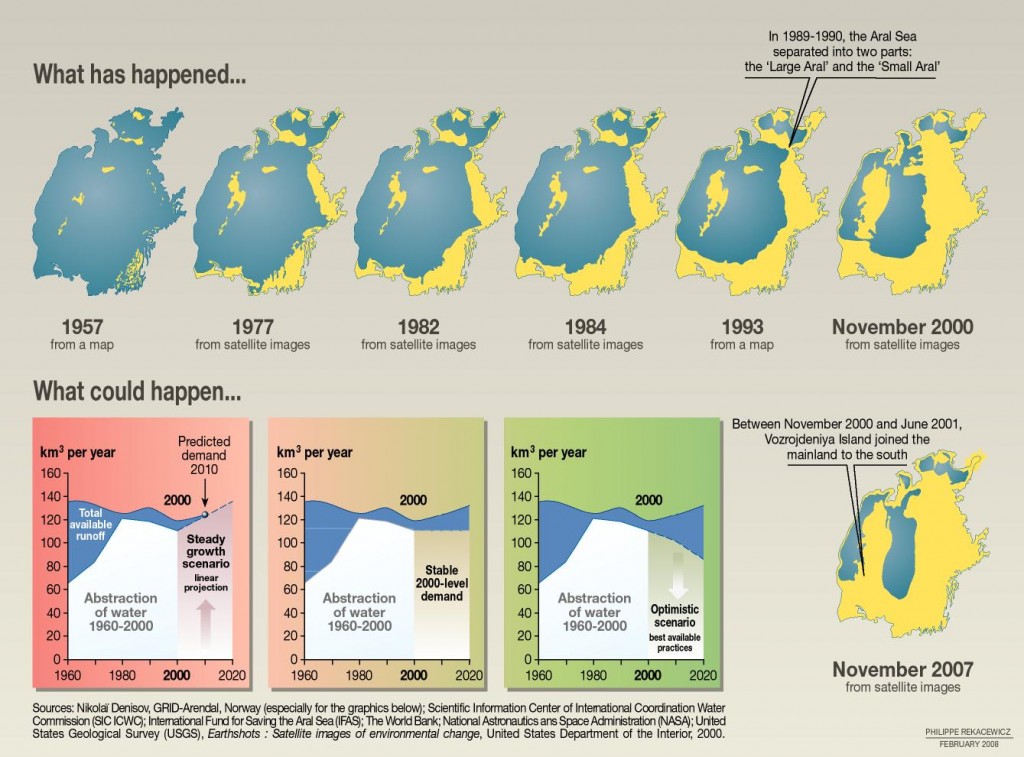 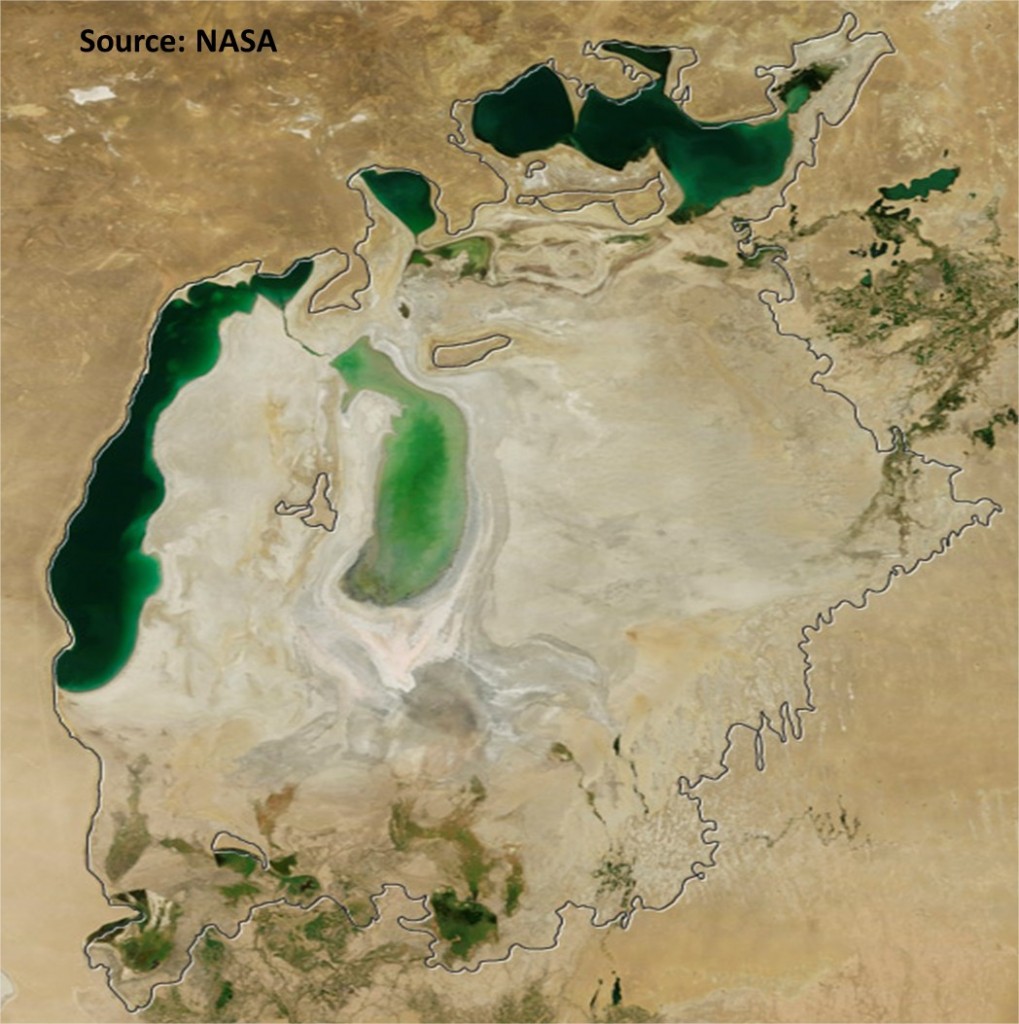 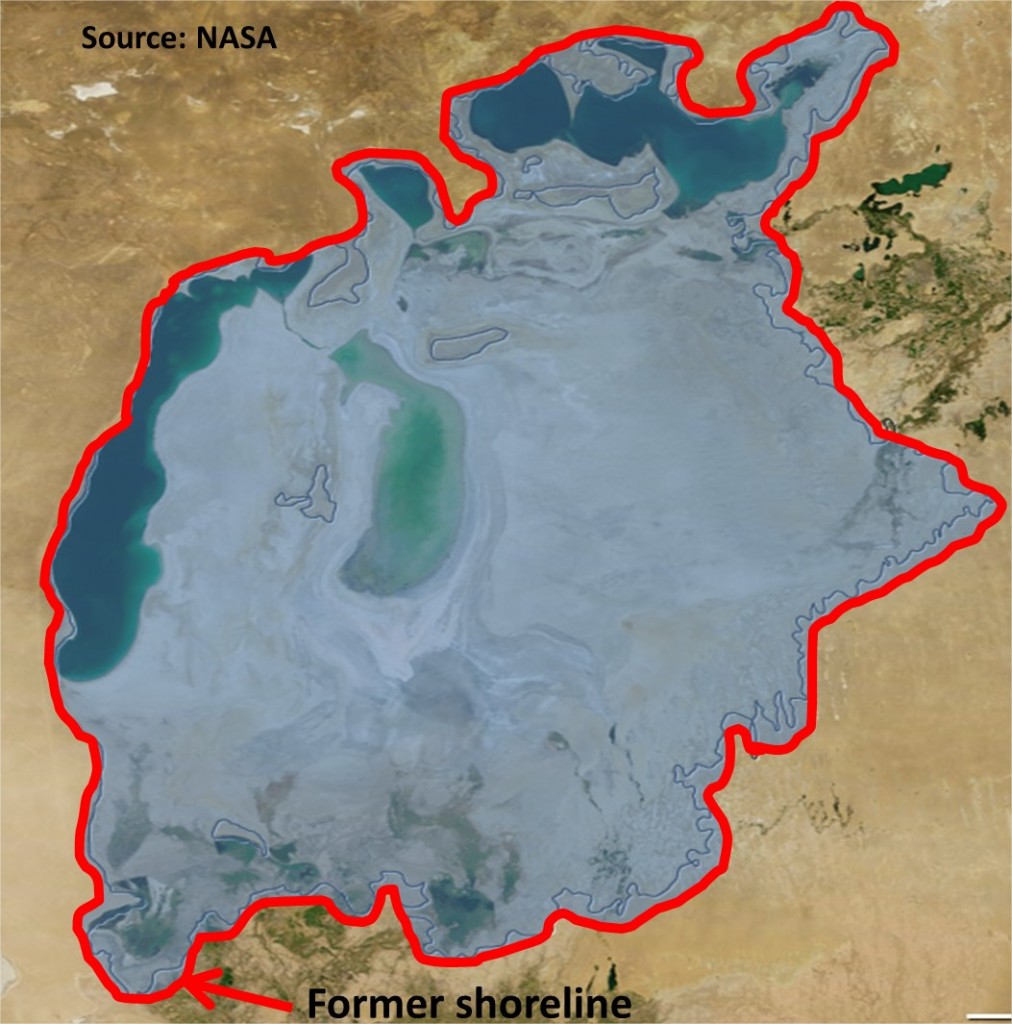 The dropping water level in the lake endangered the fishing industry. To save their ships the fisherman desperately dug canals back to the reseeding shoreline, Unfortunately, a lot of ships were stranded on shore in the middle of what used to be a lake. 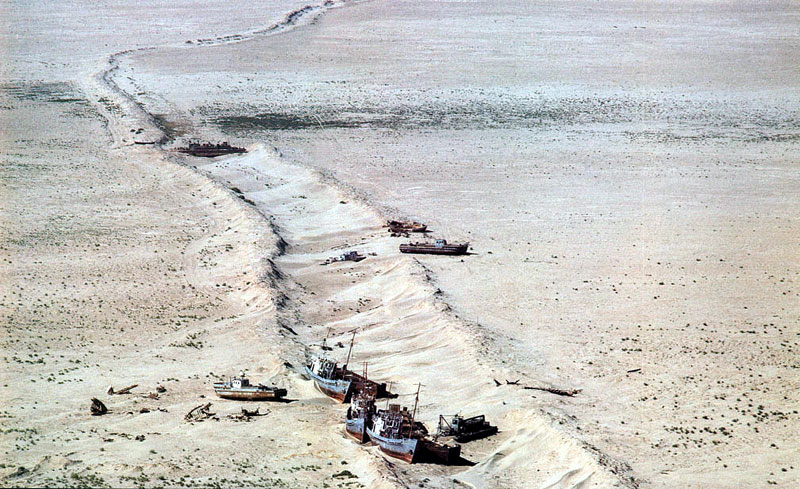