The latest update of the age pyramid of people living in the Netherlands still clearly shows the baby boom generation born just after world war 2. It also shows the smaller group of younger people. The build up of the Dutch age pyramid shows a problematic future problem, where in the coming future a smaller amount of young working people must take care of an ever increasing older population, firstly by paying taxes and secondly by caring for them in pension or retirement houses. For now it is stable but cracks are already forming in the pension foundation and understaffed retirement houses. 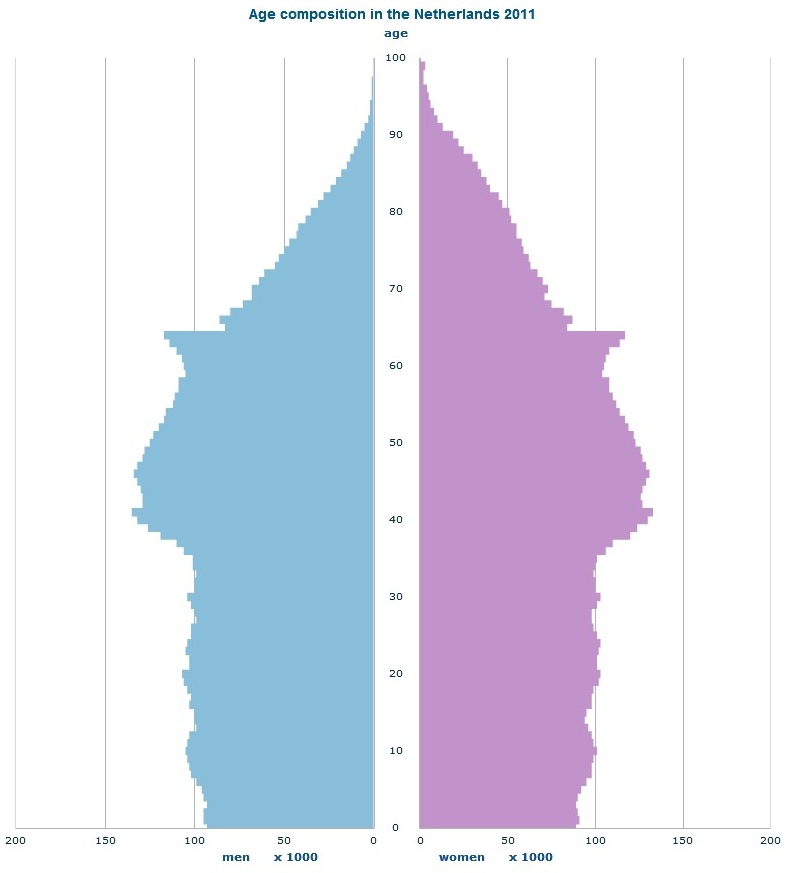