Agriculture has gone through a lot of change, machines have replaced manual labour, pesticides are used for protecting the harvest and fertilisers increase yield per acre almost vive fold. In the figure below the increase in production of corn per hectare in the U.S. is depicted. A steep incline can be seen around the nineteen thirties, powered mostly by the increases use of fertilizers. This development has enabled us to sustain an exponential growth in population.

The main fertilizers used for agriculture are nitrogen, phosphate and potash. Besides these plants need many more minerals and water for a good growth. 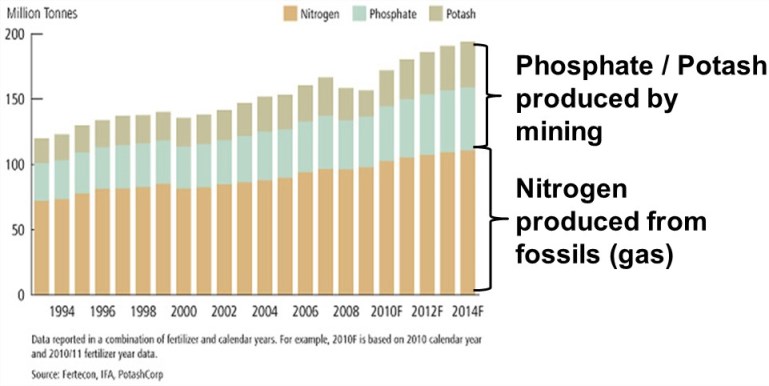 Most of the fertilizers in use today are produced from fossils with the aid of fossil energy or are mined. Unfortunately, this industry has a large impact on the environment. The processes of the fossil fertilizers can be seen in the figure below. 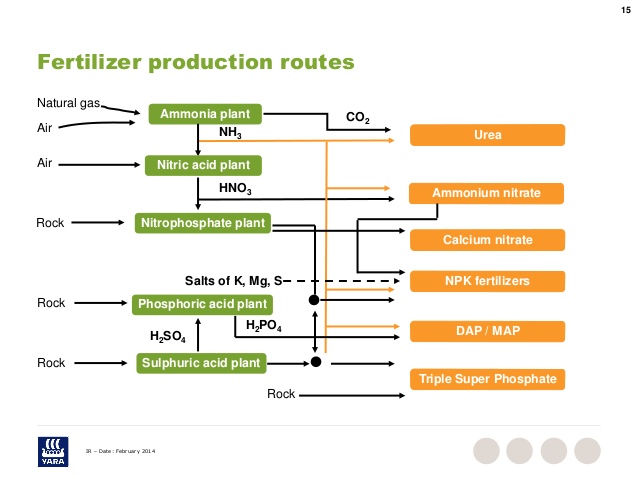 In particular phosphate production, which is mined mostly from volcano’s, has increased exponentially over the last decades, see figure below. However, stocks are slowly dropping as mines are running out. 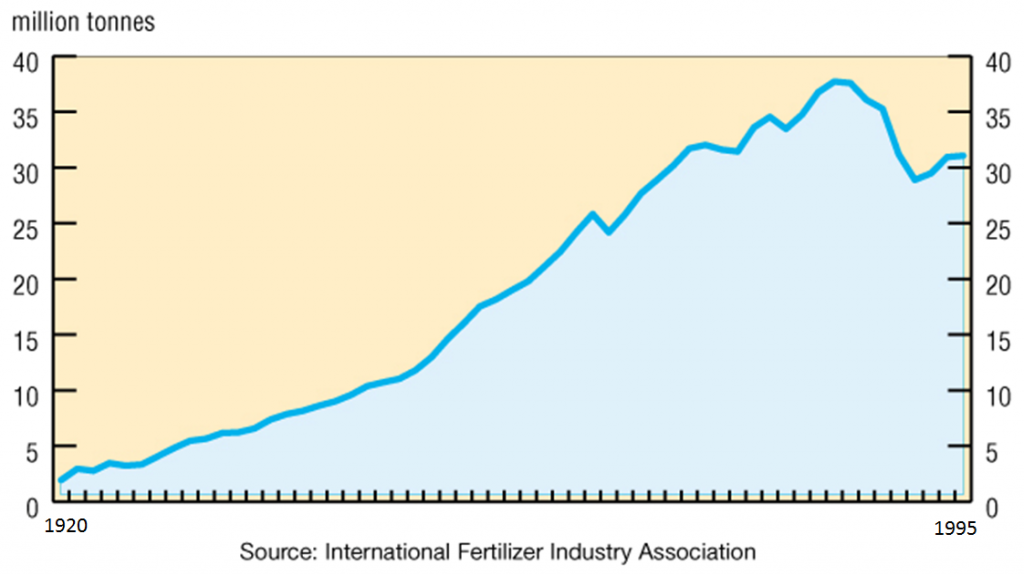 In the figure below an active phosphate mine and its effected area is depicted. 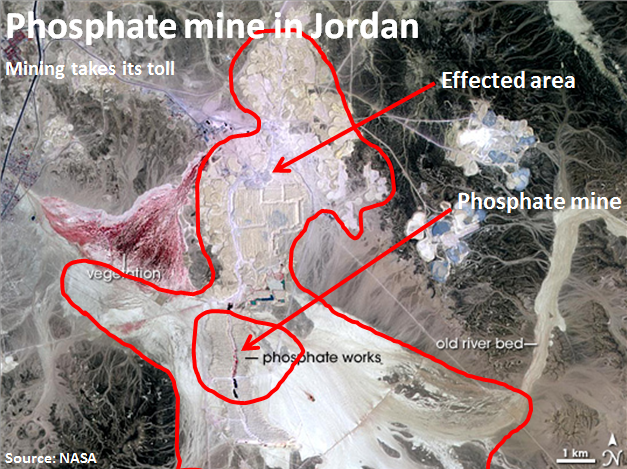