Coal represents the largest reserves in energy and mass of the conventional fuel types and is currently being used mainly for heating and electricity production. Conventional coal resources will still last for around 118 years with current reserves and production, but there is still a lot of coal present outside the current reserves including old mines and undiscovered deposits. Unfortunately the most abundant energy source is also the most polluting. There are different qualities of coal that can range between brown coal (lignite) with a lowest amount of carbon 60 to 75% to anthracite with the highest carbon content of over 90%, see following figure. 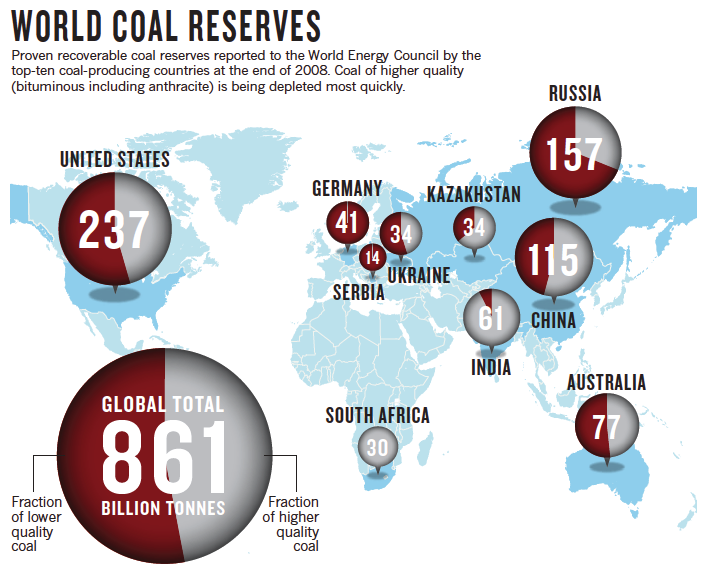 The location of the coal is more accurately displayed in the following picture with black being coal deposits ranging from lignite to anthracite. 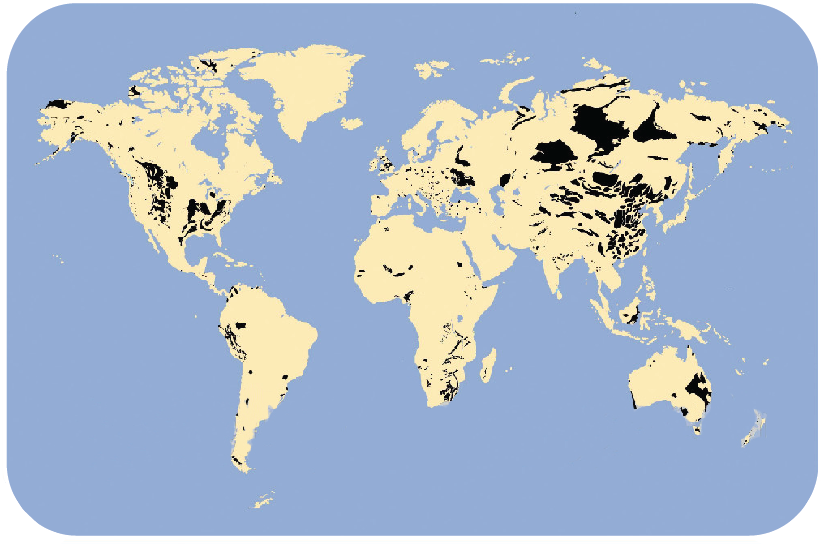