Humans have profoundly changed and reshaped the earth, but for the largest part of our history we where part of nature, in balance. The surroundings we call nature has taken billions of years to develop to the diversity of plants and animals we see today. Our planet started of similar like Venus with a thick atmosphere filled with carbon dioxide and deprived of oxygen. It took life to transform the earth to the place we know today, starting with single celled algae like organisms that used photosynthesis to breakdown the carbon dioxide and produce oxygen. This paved the way for multi celled organisms starting with plants then small animals in the oceans, the first land animals, dinosaurs and finally humans. 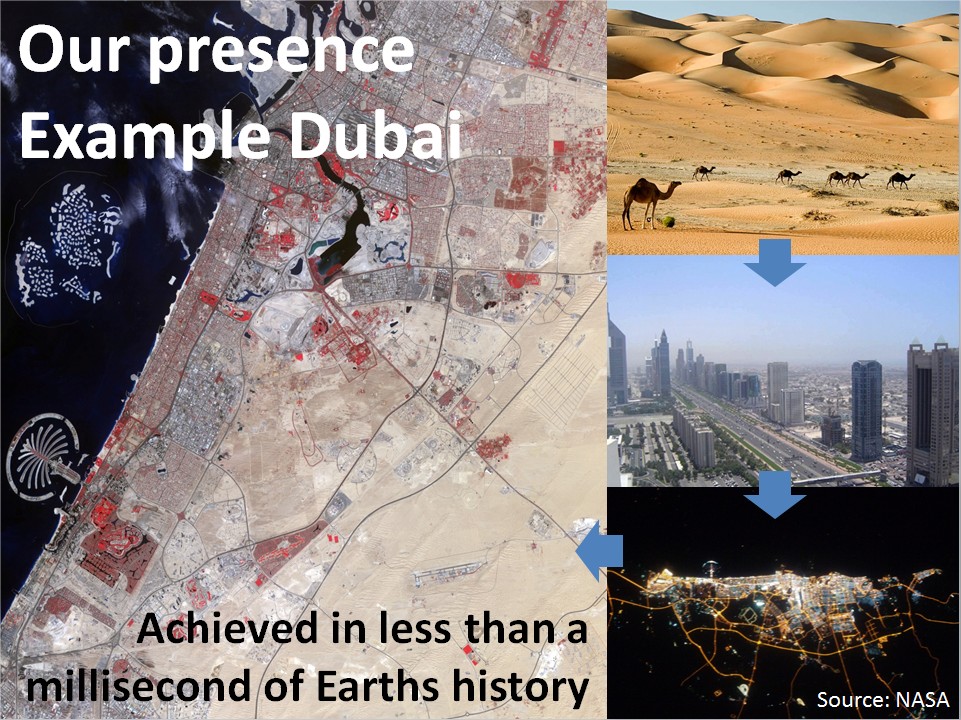 This raises the question “are we humanity, a force of nature?” A good example of this question can be found in Dubai. This small traders post positioned in the dessert started of very small, but from the first sighting of oil till now the city expanded exponentially. The expansion of the city did not end at the sea but it went beyond that, creating land out from the shoreline. From a city with little water, some oil and lots of sand to a city of millions of people and land regained from the sea in only 50 years. Is humanity a force of nature? Well yes in Dubai we are certainly a force of nature.