Worlds energy consumption
We have grown more and more dependent on energy to fulfil vital tasks in our lives. This so called energy addiction is still growing every year with around 1.5% (EIA Outlook, 2009). The total worldwide consumption of energy has grown from 3766.9 million of ton oil equivalent (Mtoe) in 1965 to 11535.7 Mtoe in 2010 (BP statistical review, 2011), which is an increase of over 300% in only 45 year. Fossil sources still dominate the energy market accounting for over 80% of all energy used in the world (EIA Outlook, 2009). Especially developed countries are responsible for the huge amount of energy consumed. These huge amounts of consumed energy are distributed over sectors as depicted in the following graph. Only a very small amount of the energy consumed is renewable, remember all energy is ultimately consumed to serve the consumer of by the consumer itself. 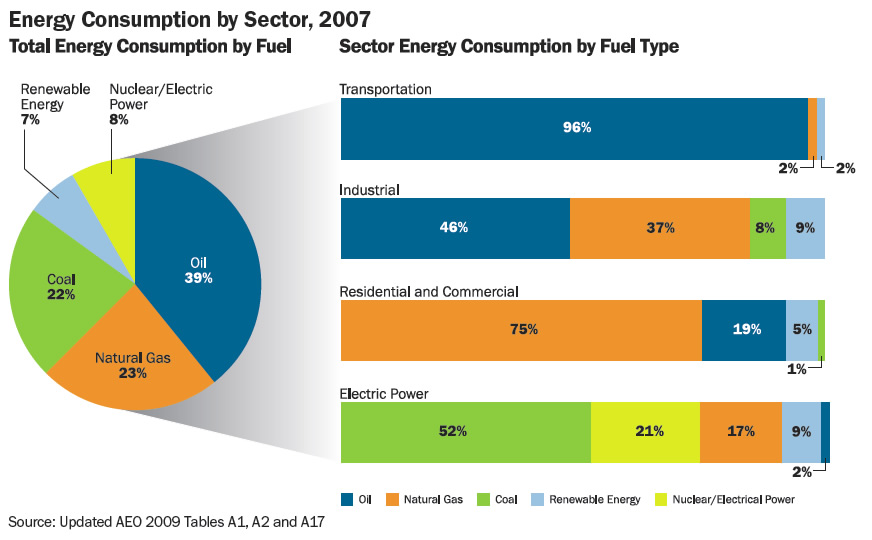 Energy consumption per person
In the figure below the energy use per capita is set out against the wealth of the country, giving a good view of energy use. Icelanders steal the crown in energy use per capita where most third world countries but also China and India still consume 8 to 20 times less energy per capita, I wonder what would happen as every inhabitant of the world would live like the Icelandic. 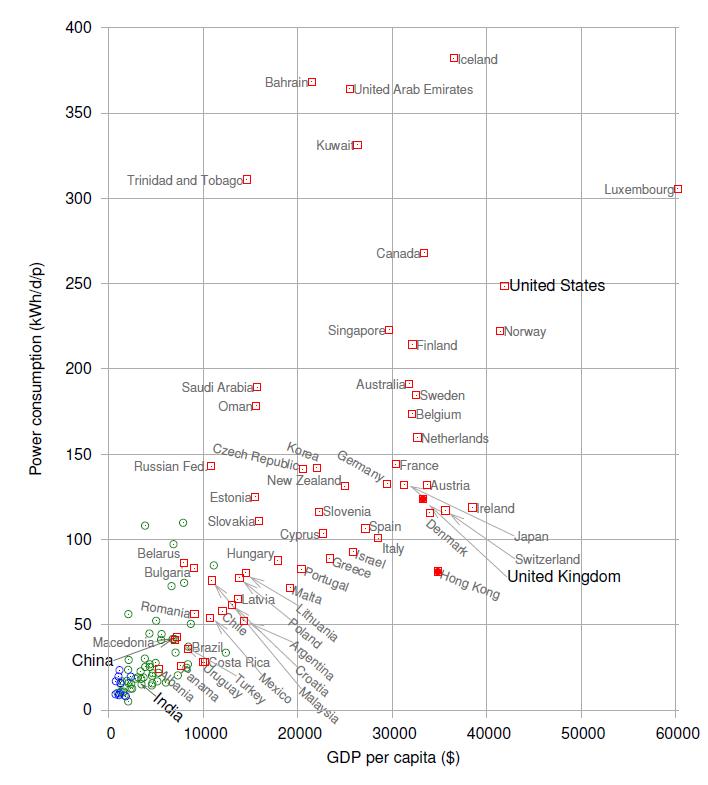