Currently there are over seven billion (7,000,000,000) people walking around on the earth. Around fifty percent live in large cities packed together in a small area made from concrete and pavement. Cities are also the focus points for trade and commerce with a lot of available jobs. It is believed that in the future up to 75% of the people will live in cities. 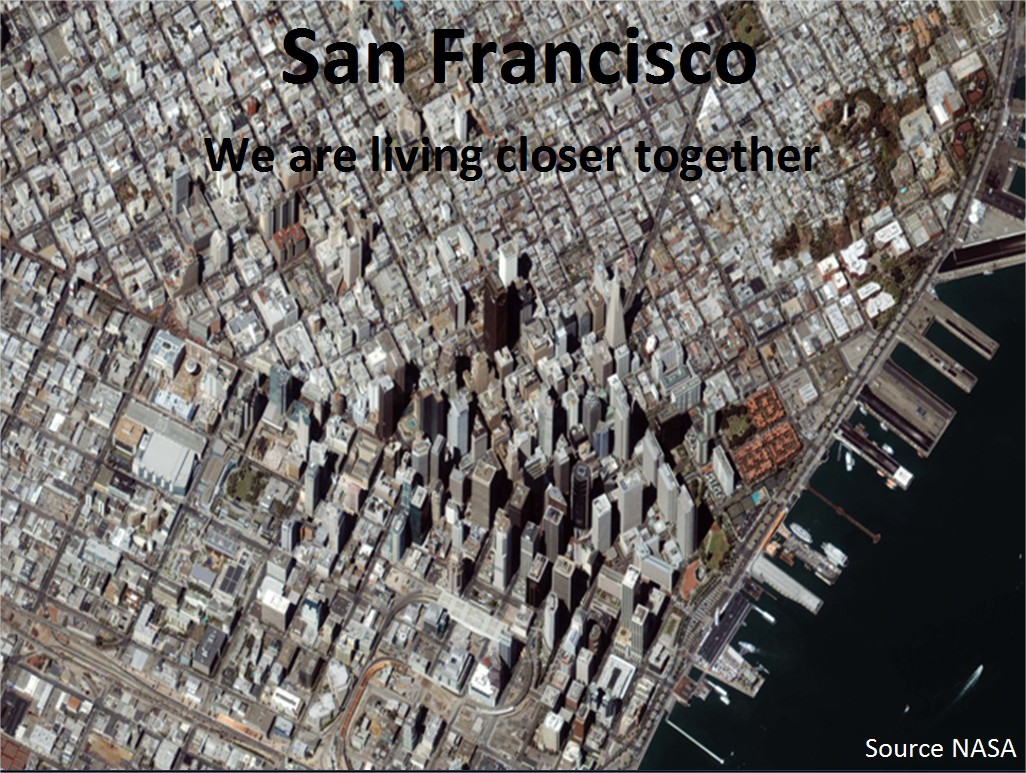 Most of the land available on the earth has a human purpose and there are few places where human intervention can not be detected. In the Netherlands this is strongly the case, this small country has a population of 16 million and all the land has been given a function by the government, even natural areas are littered with roads. Getting lost somewhere in the Netherlands without finding road signs or people to help is nearly impossible. The degree of land use can be seen in this satellite photo of an agricultural area in the Netherlands. 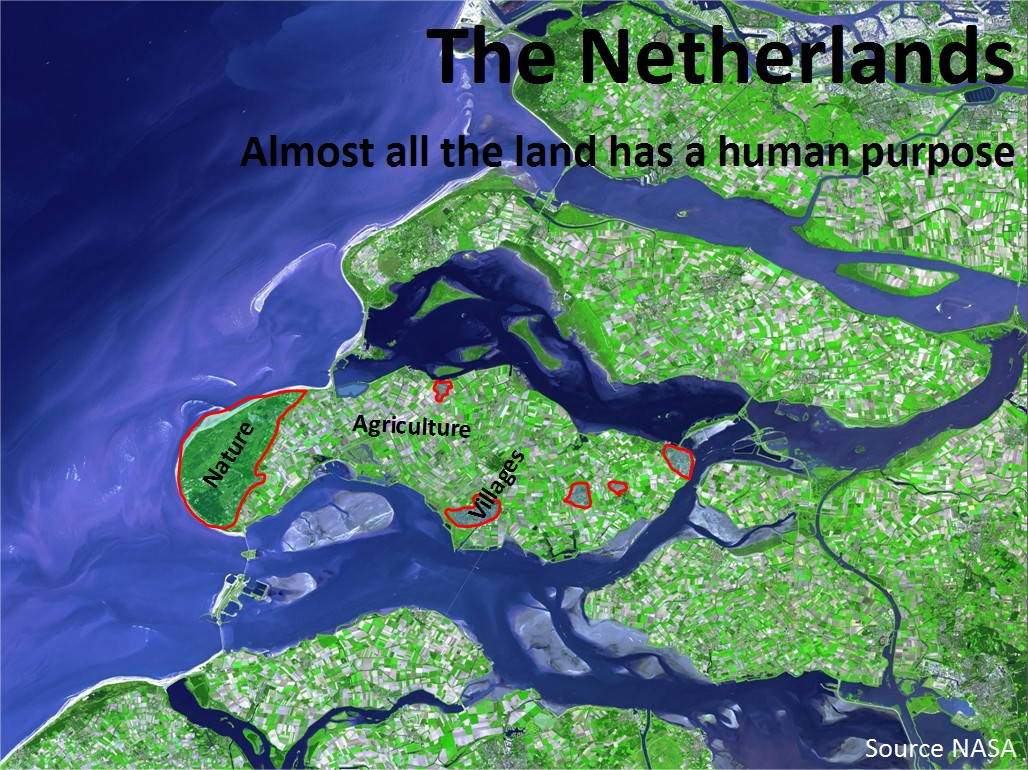 This pattern can also be observed over the world where all the moderate areas are populated.
Source: Wikipedia 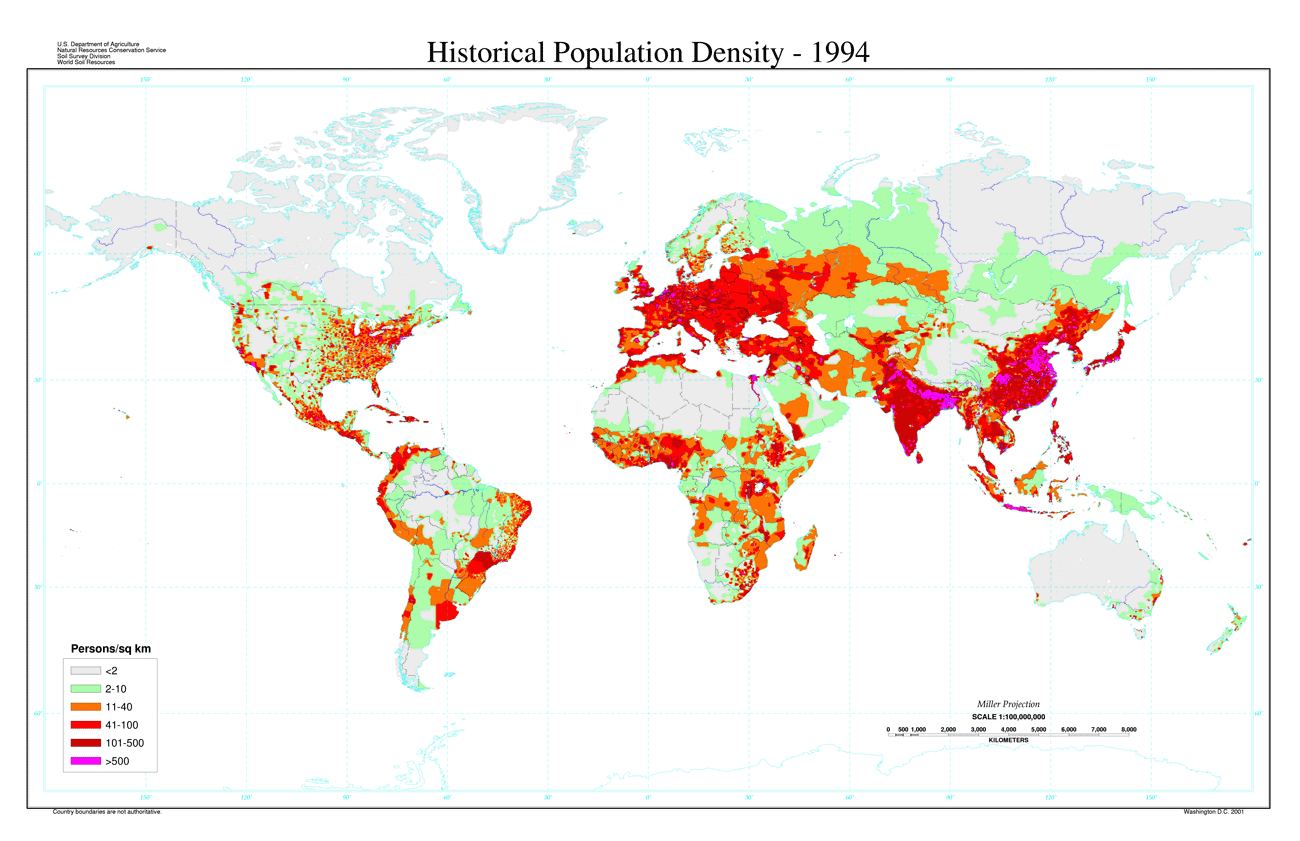