The term peak oil was first mentioned by Marion King Hubbert as he predicted the event for American oil production. And as he predicted, oil production of the collective oil fields in America peaked somewhere around 1970 (see figure below).  Demand still rose after the peak but production was not able to follow, creating the second energy crises in the US. Luckily the gap was filled up with oil originating from the Middle East, transforming that area to the new focus point of the world. 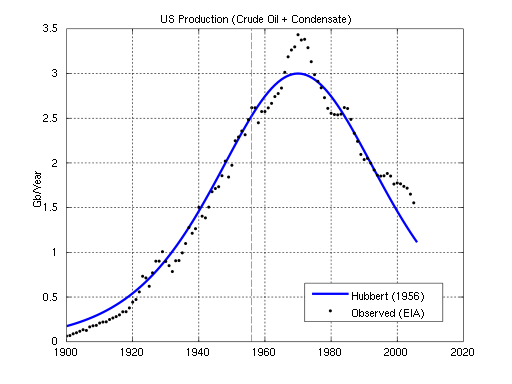 The same peak oil theory used in the US, can also be applied to the worlds oil production. There are several predictions of when oil production will be peaking, but it can only be really noticed when shortages on the world market start to appear, meaning that production is already going down for some time. When this happens there will be more difficulty finding replacements then after peak oil in the US, where the Middle East stepped up to the plate to fill in the gap between production and demand. After the world oil peak there are not enough reserves and there is not enough production to fill up the gap with conventional oil and other ways must be found to fuel our addiction.

Besides the conventional sources there are also the unconventional fossil fuel sources, which include oil sands, shale oil/gas, coal, or currently uneconomical deposits. Technologies are being developed that can recover and utilised these resources, but more energy will be required to extract them, compared to conventional resources. Using unconventional fossil sources could ensure reserves to well into the twenty-first century (BP address to Harvard, 2006). Besides these fossil resources there is one other option and those are renewable energy sources. 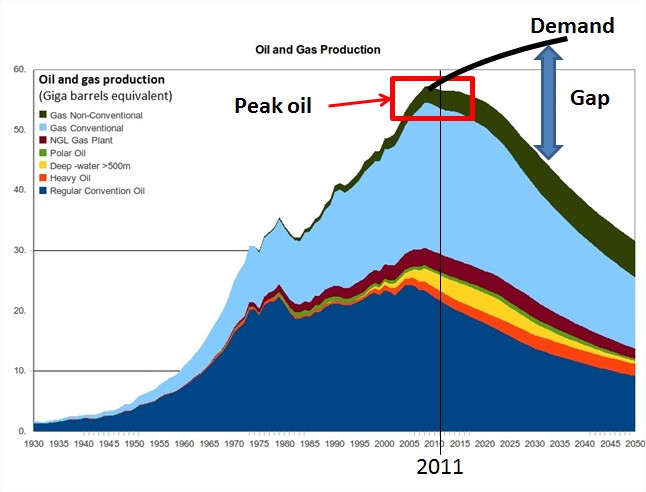 The limit of oil
This fossil fuel has been the engine of the modern era, where energy is plentiful, but there are limits to oil production as can be seen in the peak oil graph. Peak oil is the name of the highest peak in the graph were production of oil is at is peak, after this point production will plummet down as oil wells run dry and discovery of new oil fields is becoming difficult at best. This problem depicted is one of the biggest, if not the biggest problem facing humanity in the near future, as we will have to fill in the enormous gap after peak oil with other fuels sources which will hopefully be renewable. 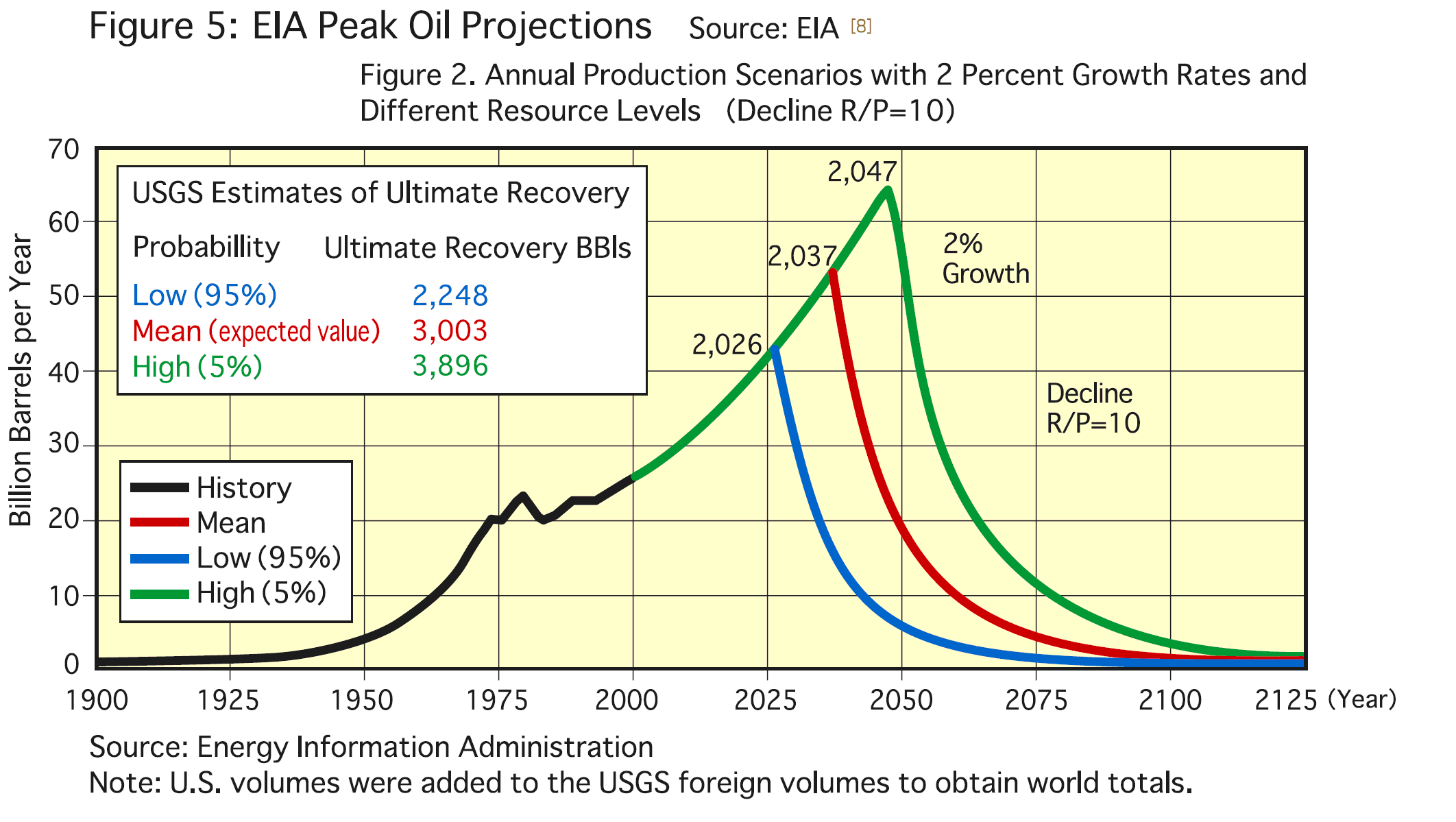