Fossil energy sources account for over 80% of the world’s total energy sources and are therefore consumed in staggering quantities of volume. To give an impression the most common fossil fuel sources are scaled in an hopefully understandable format. 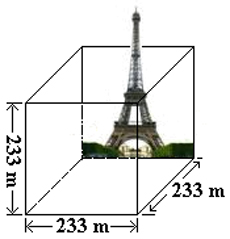 Crude oil
Crude oil is the base product of many products that range from plastics, pharmaceutical products, roads to fuel for your car. Crude oil is basically on of the most important if not the most important resource of the current economy and the world consumes huge amounts of this black gold. On an average day around eighty million barrels of crude oil are consumed, which is comparable to 12,7 million cubic meters or 5080 Olympic sizes swimming pools. If we turn all these pools in to one square pool it will be 233 meter long, 233 meter wide and 233 meter deep. America and Europe take up the biggest part of the oil consumption, together they are responsible for 55% of the total oil consumption.
(Dated on consumption year 2007 source EIA energy outlook 2009) 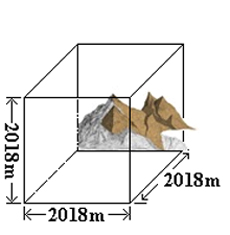 Natural gas
Natural gas which was firstly seen as a by-product of oil production has become very popular in the last decades, because of its clean combustion and high possible conversion efficiency to electricity.
Natural gas has a very low density, this means that the daily consumed volume is very large, in natural gas fields gas is stored at very high pressure this will influence the density making it go up, but if we where to see how much volume our gas where to take up in the atmosphere we will have to look at the pressure and average temperature there. On an average weekday around 8200 million cubic meters of natural gas is consumed comparable to 3,3 million swimming pools. Combined in to a single pool it will be 2018 meters long, 2018 meters wide and 2018 meters deep. The only things coming close to the size of this consumption is an average mountain.
(Dated on consumption year 2007 source EIA energy outlook 2009) 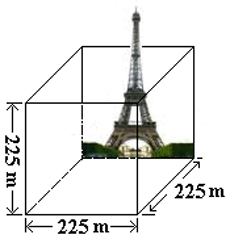 Coal
The last main fossil fuel is coal, the engine of the industrial revolution. This workhorse of the fossil fuel family is the most abundant, but also the least versatile. Still large amounts are used on a daily bases, mostly for electricity production and steel production. On an average day around 11,5 million cubic meters is consumed, comparable to around 4587 Olympic sized swimming pools, which combined in to one pool will for a cube of 225 meters long, 255 meters wide and 255 meters deep.
(Dated on consumption year 2007 source EIA energy outlook 2009)