To explain the current impact on the planet the Ecological Footprint is used in the following explanation. Every human being has an ecological footprint on the earth. With this footprint the amount of land is meant that is needed to sustain your way of life. Many years ago land was mainly used to provide a place to live, food, fibre and timber, but after the industrial revolution a new consumer of land emerged in the shape of energy. Humanities taste for energy also increases their footprint. In the picture built up land and food, fibre and timber land use only depict a small increase compared to energy. 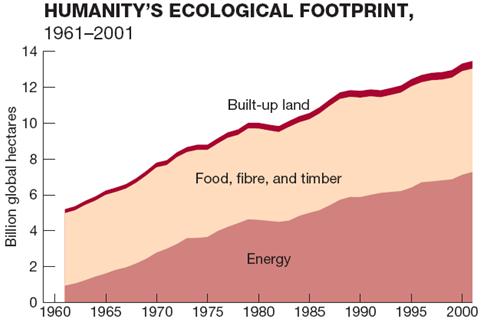 The footprint differs per country and is measured in amount of hectares of land needed to sustain one average person per year (ha/person.year). This area of land contains your food consumption, your water use, your energy consumption and also buying and using appliances. 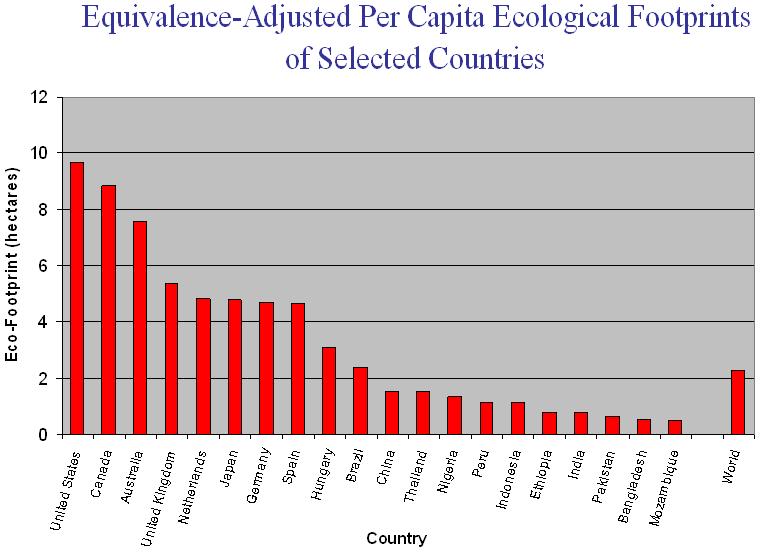 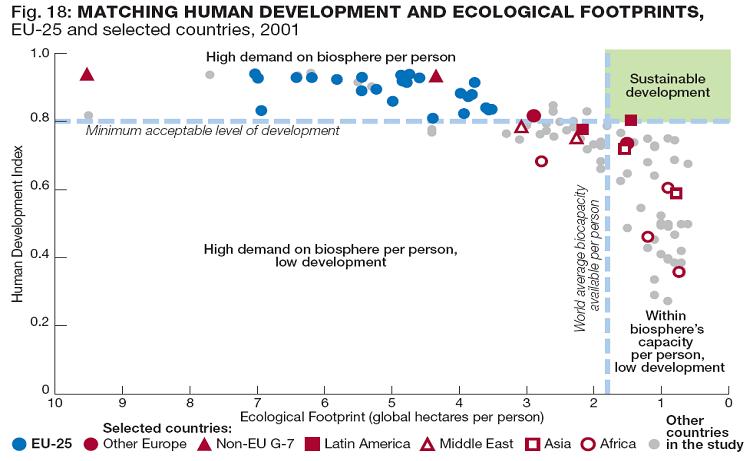 Over the last decades the Ecological Footprint has risen only slightly per average person. However, more importantly our global biocapacity, or the amount of hectares available per person on the planet, has lowered substantially. This mainly caused by the increase in population on the planet. 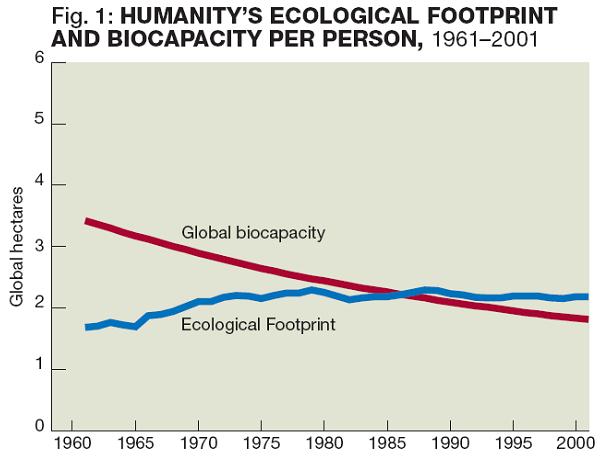 This process can also be seen in the figure below where the land available per person on the planet is dropping sharply, represented by the red line. The blue line indicates the percentage of the total land surface used for agriculture. A drop can be observed between 2002 and 2008 as agricultural land is lost due to desertification, acidification and salinization.

For example, an average human has around 2 hectares of land available, but an average Dutch inhabitant uses around 4 to 6 hectares. In the picture the amount of land needed to sustain the Netherlands is depicted in comparison with the size of the Netherlands. 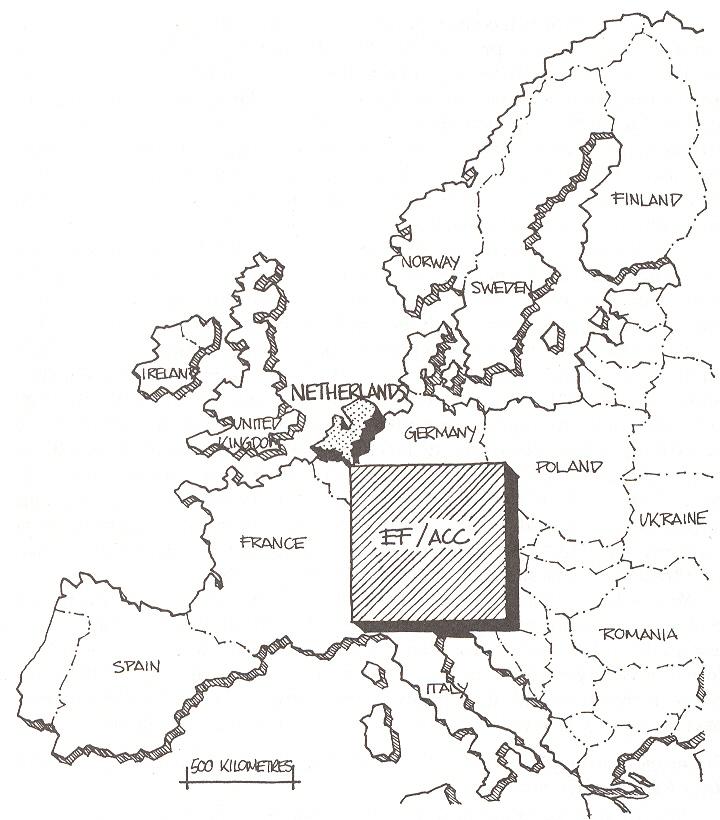 It is possible to calculate your own footprint by using on of these links.

The first website is a crude and fast calculation with only around 12 questions.
http://www.bestfootforward.com/footprintlife.htm