With conventional oil the extraction of liquid oil from drilled fields are meant, which exclude tar sands in Canada and all types of shale oil. It is clear that the Middle East holds the biggest reserves but the exact size of the reserves are very difficult to measure and are not always given correctly, a lot depends on these numbers especially in the current volatile economic market. With current known reserves and consumption conventional oil will last for another 48 years.  In the following picture the known conventional oil reserves in the world are given. 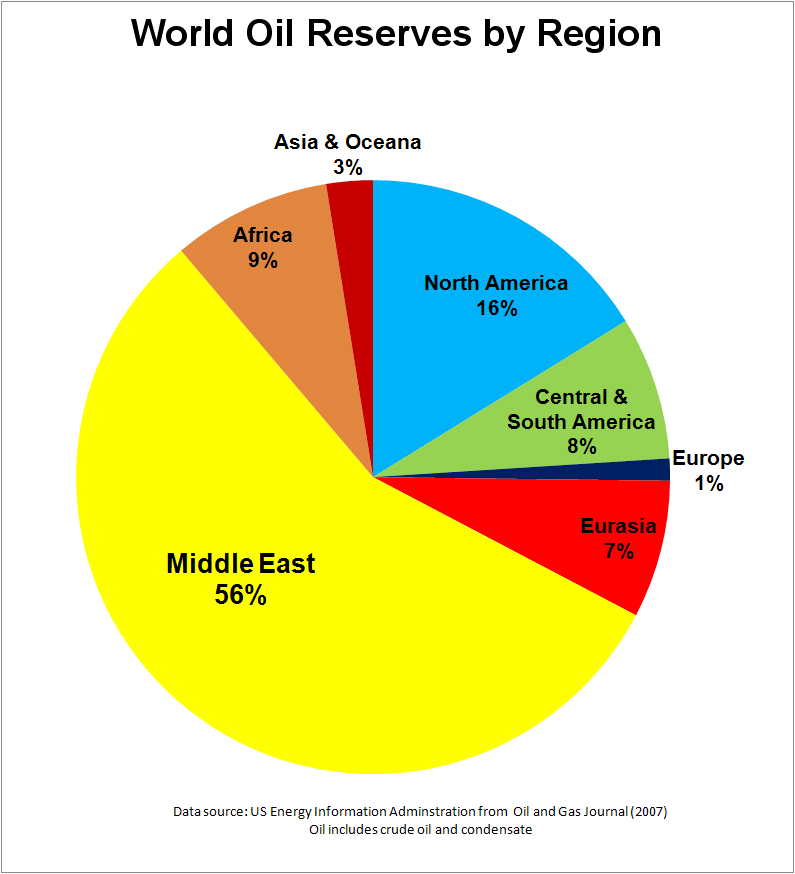