Human population was reasonable stable and started the grow ever so slowly after the introduction of agriculture. The arise of the first combined societies kick-started the first population growth around 400 BCE, but this was nothing compared to the tremendous growth that followed the industrial revolution.

Abundance in food and water created by the industrial and second agricultural revolution paved the way for an enormous expansion, at the end of the year 2011 we reached seven billion people , with still no end in sight. 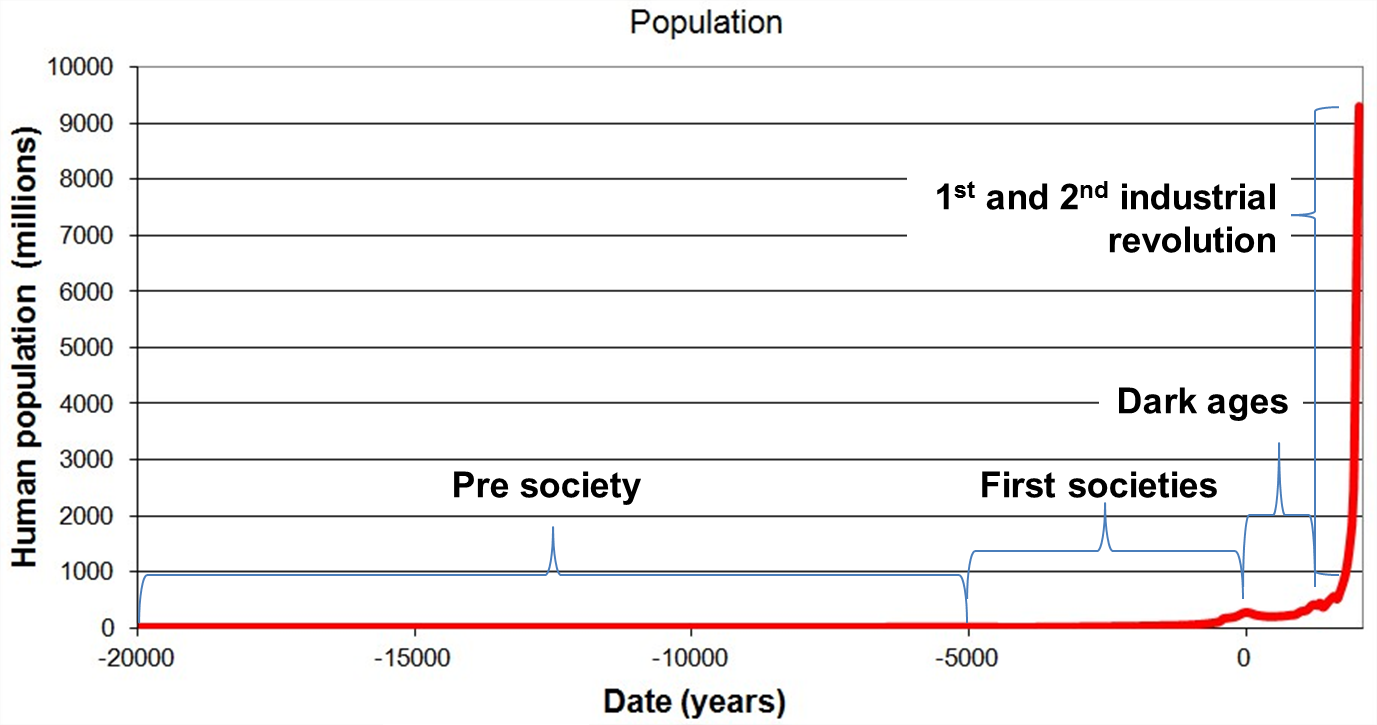