With renewable, sources are meant that can be used in perpetual cycle for thousands of years, examples are the sun, wind, hydro, tidal and plants or biomass. 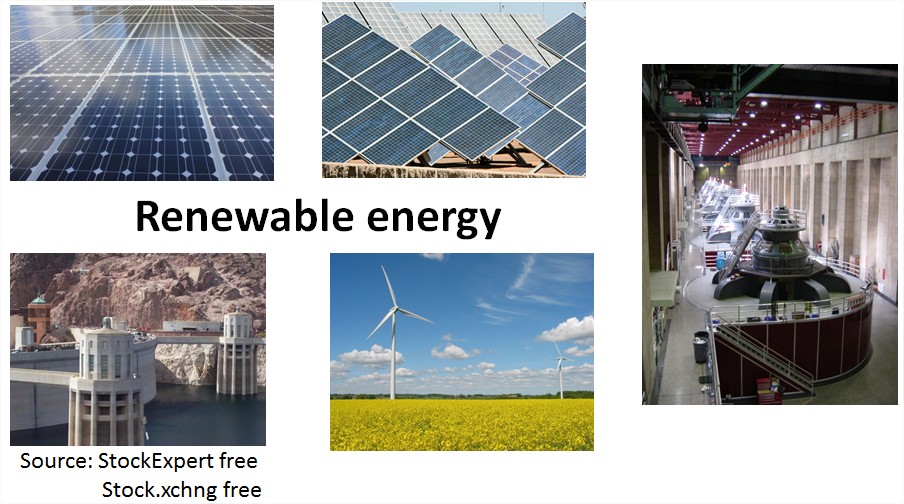 Renewable energy currently only produces a very small part of the total world demand of energy. Combustible and waste had the biggest in 2004, but the renewability of waste can be discussed, in some figures it is accounted for and in others it is left out. Furthermore the renewable resource of hydroelectric energy is more and more debated as it damages the natural environment, taking this into account we are left with only 0.5% renewable energy produced out of solar, wind and geothermal as is depicted in the following graph. 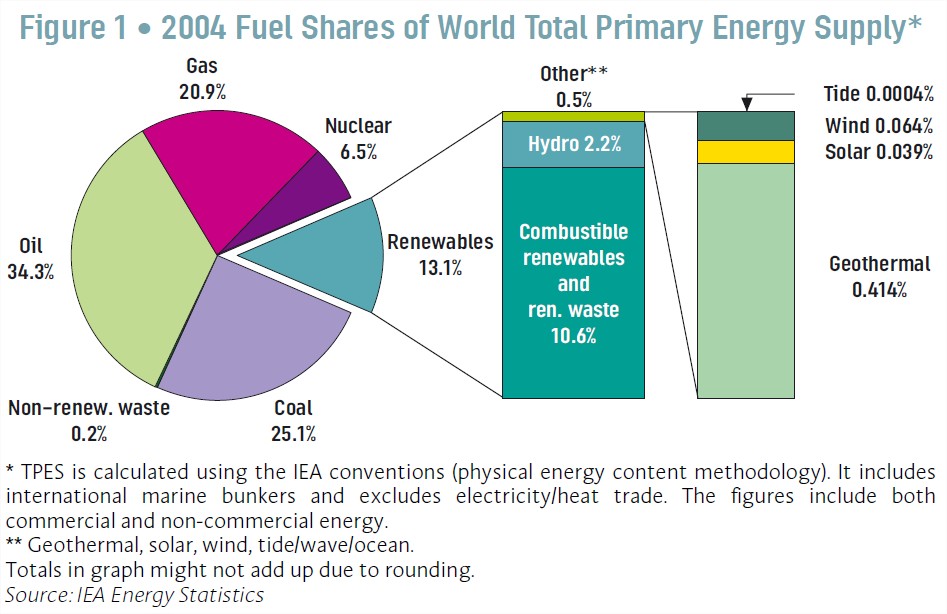 Renewable energy has fixated itself in the electricity production sector and in 2004, already around 18 percent of the total production worldwide was produced with renewable sources. Unfortunately it is large made up out of hydroelectric, which is a very limited resource.

The biggest consumer of renewable energy is the household or the domestic sector as can be seen in the following graph.