The future growth of our population does not show signs of stopping but there are signs that growth is decreasing. In some developed countries population growth is nearly constant and in some case even shrinking. But overall worldwide the trend is up. If this will continue in the coming future more strain will be put on an already stretched food and water supply, not to mention resources. If we humanity are responsible for impact on the Earth’s carrying capacity for life, than exponential growth of our numbers will only increase this. Besides the obvious rise in population we also live longer today than we did a hundred or more years ago, which also increases the impact on our planet. 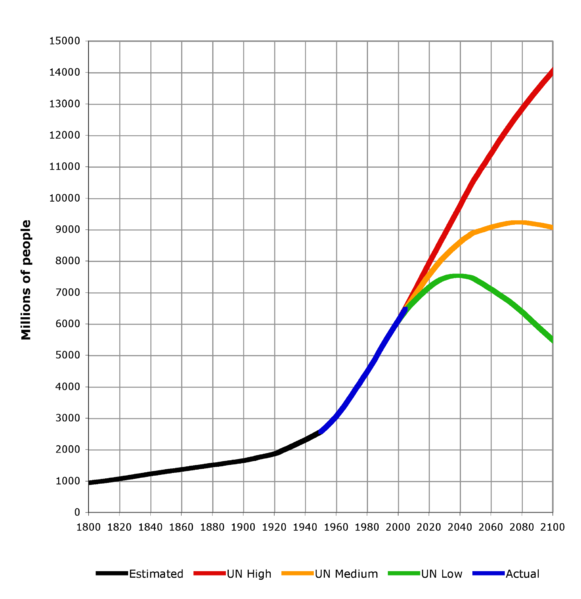 If we stretch our luck too far with population growth and life expectancy, we might encounter a natural phenomenon called overshoot where we exceed the planets carrying capacity. As a result humanity will enter a period of rapid decline often referred to as “crash” or “die-off”. Within this period the chances of economic unrest, political unrest possibly followed by war are very substantial. 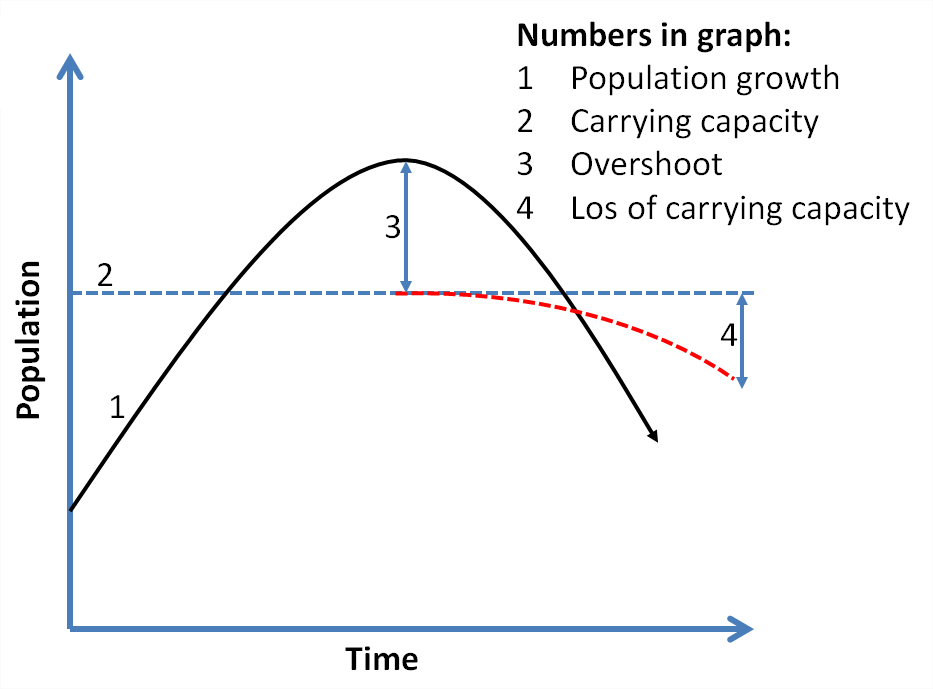